[LSL2] Demonstration Classes to Rethink the Future of Teaching "Science" : Creating questions that deepen students' thinking and raise their motivation to learn

[Summary of this article]
The new national curriculum standards for elementary, junior high and senior high schools place greater emphasis on improvements in teaching from the perspective of "proactive, interactive, and authentic learning," which is considered essential in order to foster the attributes and competences required in society from now on. How should we go about making these improvements in practice? Mr. Ikubo, who teaches at a public junior high school in metropolitan Tokyo, is formulating classes for the new Science curriculum. This report focuses on a mock class conducted by Mr. Ikubo in September 2019, with around 40 elementary and junior high school teachers participating. 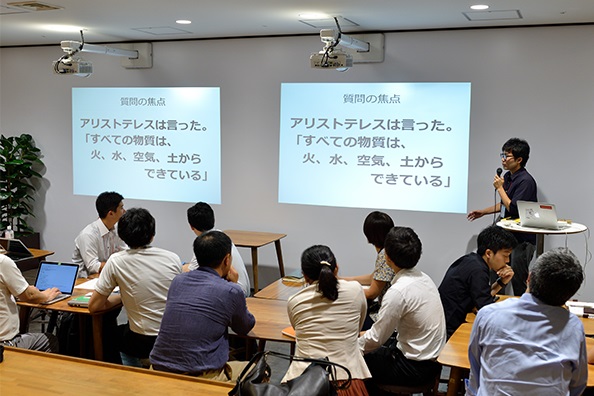 Mr. Ikubo conducted a demonstration class centered on "question-making," an activity that involves the teacher presenting a "question focus" from which students themselves construct questions. Mr. Ikubo says that he emphasizes "question-making" in his actual teaching as well.

"I always do 'question-making' in the first class of each unit. The aim is to build students' interest in the learning content of the unit and stimulate their motivation to learn."

This demonstration class covered the unit on "matter around us" in the junior high school first year Science curriculum. The "question focus" provided by Mr. Ikubo was: "Aristotle said that all matter is made from fire, water, air, and earth."

"Today, the 'four elements theory' that matter is composed of fire, water, air, and earth has been repudiated. But when considering the properties of matter and changes in them, it's extremely important to be aware of the fundamental question of how matter is composed. So in my actual classes I set the same question focus as I used in the demonstration class."

The participants were divided into groups of four or five to engage in "question-making."

Firstly, the groups brainstormed questions and wrote them down on paper. A variety of questions emerged, such as, "did Aristotle find it interesting to think about things like this?"; "did Aristotle come up with the four elements theory based on his own research?"; "what kind of matter is made of air?"; and "are fire, water, air, and earth matter too, and if so, what are they made of?"

"I used this same 'question-making' process in my actual classes. In order to create an atmosphere in which all students can pose questions easily, I instructed students not to evaluate the questions or try to answer them." 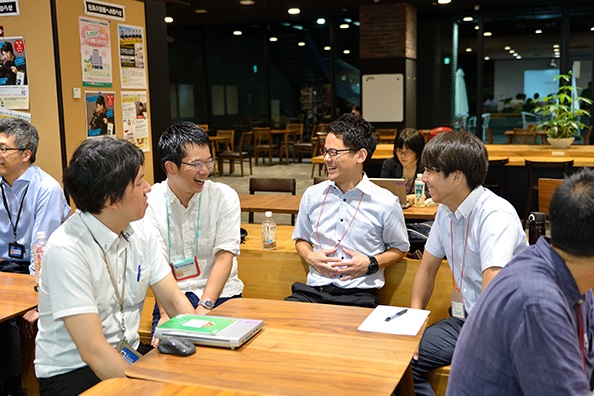 3. Classifying and Modifying Questions to Broaden Students' Ways of Seeing and Thinking

"In my actual classes, I had students classify the questions, then change the open questions into closed ones, and the closed questions into open ones. The aim was to give students practice in considering the same question from a different perspective, and develop more profound thinking."

At the end of the demonstration class, Mr. Ikubo asked each group select three questions they considered would be most important in studying the unit.

"In my actual classes, I had representatives from each group present their group's three questions and their reasons for choosing them. I thought it was important to share each group's learning and awareness with the whole class." 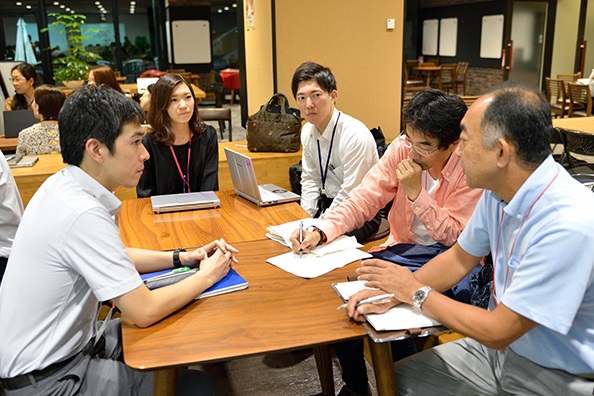 4. The Key Point when Setting a Question Focus: Planting Doubts in Students' Minds

After the demonstration class, there was a workshop involving a question-and-answer session between Mr. Ikubo and the participants, chaired by Mr. Shogo Minote, who is conducting student-centered class improvements at the Koganei Municipal Maehara Elementary School, Tokyo. Notably, participants asked Mr. Ikubo's about specific points of emphasis in "question-making." One question, for example, was: "Do you need to provide students with some kind of standards by which to select important questions appropriately from among the many questions produced in the question-making process?" Mr. Ikubo responded:

"I don't provide any standards in my classes: students can sort out which questions are important and which are not. In the 'question-making' class for each unit, I get them to select the three most important questions, and I feel that through this process they are gradually improving their ability to make choices for themselves."

Mr. Ikubo also exchanged opinions with participants on how to set a "question focus" that draws students' interest. He agreed with a participant who suggested using something that students would want to argue against. 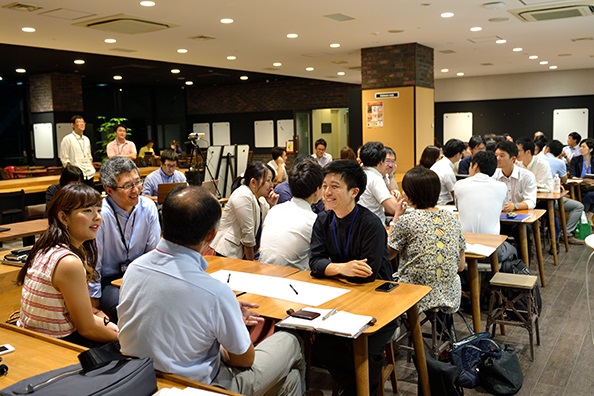 Daisuke Ikubo
In his science classes, Mr. Ikubo wants to hear students give voice to their enjoyment of the processes of exploration. While working as a teacher he was given the opportunity to study part-time at the Tokyo Gakugei University Graduate School of Teacher Education, which awakened him to the importance of teachers continuing to learn for themselves, and the appeal of doing so. Even after completing his studies, Mr. Ikubo still participates in and helps to organize and run a variety of workshops and educational events. Currently he is conducting a type of exploratory science class known as "scientists' time." He teaches at a public junior high school in metropolitan Tokyo and quietly follows the progress of his students as they learn for themselves.