[LSL1] Demonstration Classes to Rethink the Future of Teaching "Morality": Nurturing each child's value outlook through exposure to their classmates' diverse ways of thinking

[About this series]
Practicing teachers and other educational practitioners take on the challenge of creating new “learning spaces.”Rather than simply talking about ideas, we make a point of initiating the discussion with practical outputs such as demonstration classes. We hope to nurture self-regulated learners through these practical outputs.

[Summary of this article]
“Morality” has been established as a regular curricular subject under the new national curriculum standards, which are being implemented across the board from AY 2020. As the content covered in this subject is intimately connected to each child’s individual morals, some people have voiced concerns that it may lead to the imposition of specific value outlooks in schools. What kinds of practices are already in place in schools that have been teaching Morality in the transition period to the new national curriculum? In June 2019, around 40 elementary school teachers gathered to observe a demonstration class by Mr. Shogo Minote from Koganei Municipal Elementary School, Tokyo. 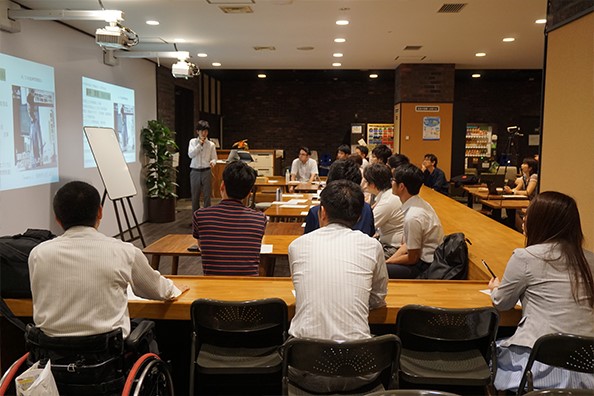 1. Classes Where Children Talk Freely with One Another and Consider the Importance of Rules

This demonstration class covered the unit on "respecting rules" in the 5th grade elementary school Morality curriculum. The text used in the class was titled "who does the station plaza belong to?" and depicted children grappling with the problem of abandoned bicycles in their local community. To begin, Mr. Minote asked the participants: "did you enjoy the Morality classes you took when you were in elementary school?" and talked of his own impressions of Morality as an elementary school student:

"To be honest, I couldn't get interested in Morality. I had a strong impression that this was a class where we were made to say things that were 'obvious', and it bored me. Now, as a teacher, I try to create classes that value the free exchange of ideas among students themselves. When we covered this unit in my actual classes, I aimed to prompt students to consider whether rules are necessary, and why."

2. Posing Questions and Prompting Students to Take Ownership of the Topic

The demonstration class progressed with Mr. Minote asking questions and the participants responding to them.

The first section of the class text explained that many bicycles had been abandoned in the plaza outside the train station, and they had become a nuisance to local residents. After the whole class had finished reading through this explanation, Mr. Minote asked the participants what they would propose to help improve the situation.

"The second half of the text depicts the children collaborating with adults in volunteer activities to clean up the station plaza, and to produce and display posters calling on people to stop abandoning bicycles--resulting in a reduction in the number of abandoned bicycles. In my actual classes, I posed the same question midway through reading the text, to prompt students to think about what they would do in this situation, before they read through to the end of the story. This yielded many different ideas, including forcibly removing the bicycles and imposing fines, and the children engaged in a lively discussion."

Mr. Minote recalls that during this discussion, one child suggested that there was no need to take action as people could still make their way through the numerous abandoned bicycles, while another student responded that some kind of action was essential, as the bicycles posed a hazard to the elderly and those with limited mobility.

"The children seem to have realized that there can be many different ways of looking at and thinking about the same topic. I also feel that they gained a fresh appreciation of the importance of considering the positions and circumstances that other people may find themselves in."

3. Conveying the Importance of Thinking about Goals and Means

After they had finished reading the text, Mr. Minote asked the participants, "why do you think the children's activities led to a decrease in the number of abandoned bicycles?" He explains that he used this same question in his actual classes, to prompt his students to think about the goal of the children's activities, and whether simply getting rid of the abandoned bicycles was sufficient.

"I think that the goal of the children in the text was to develop a common awareness of the importance of looking after public spaces. If so, simply removing the abandoned bicycles forcibly or fining their owners is not going to achieve the goal. In class, after listening to my students' responses, I explained this opinion of mine and explained how important it is to formulate means that match the goal."

At the demonstration class, all participants received a copy of the worksheet used in actual classes. Mr. Minote had the participants write whether they thought it was better for a society to have rules or not, and the reasons for their answer, then shared these responses with the whole class.

"In my actual classes, I proactively created spaces for classmates to share their ideas with one another using tablets and other tools. I feel that encountering diverse value outlooks gives children stimulation and helps them think more deeply." 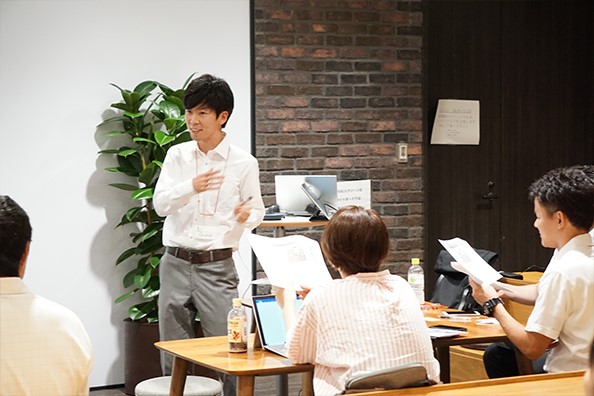 4. What Should Teachers Do to Enrich Morality Classes?

After the demonstration class, participants were divided into groups of 3-4 to discuss what kinds of strategies to use when teaching Morality, and what kinds of classes are worthwhile from the perspective of the children taking them. The groups presented their ideas to the class and Mr. Minote offered comments.

One common element in discussion across most of the groups was an acknowledgment that it is vital to foster an atmosphere in which children can talk freely with one another. Especially conspicuous were participants who asserted that to achieve this kind of class, teachers need to avoid trying to reduce children's ideas to a single perspective. Mr. Minote supported this view, saying:

"For the issues we deal with in Morality, if everyone thinks about them on their own, it's natural that we'll all come to different conclusions. I think it would be unnatural if everyone had the same opinion."

Meanwhile, some groups suggested that it was surely possible to provide standards for judging right and wrong, even while respecting a diversity of ways of looking at and thinking about the issue.

"In my case, I present both ideas that are considered good and those considered bad based on general moral standards. However, I always leave it to the children to make the final judgment."

Several groups also discussed how to conduct assessment in Morality classes. Specifically, many questioned if it was possible to use paper-based tests for assessment.

"I assess my children based on the content of the worksheets that they write in class. Many of them produce more substantial content as we progress through the classes, which really demonstrates their growth." 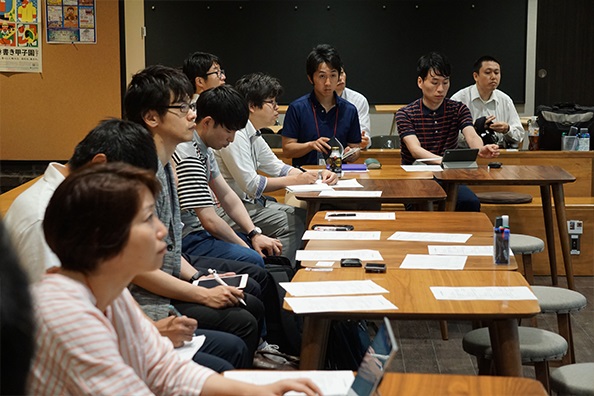