Reader Participatory Joint Research "Japan, China and Korea: What and How Do We Differ?"-- Part.1 What's normal and what's not in friendship? - Projects
中文
日本語

TOP > Projects > East Asia: Child-rearing and Education Today > Reader Participatory Joint Research "Japan, China and Korea: What and How Do We Differ?"-- Part.1 What's normal and what's not in friendship?

Reader Participatory Joint Research "Japan, China and Korea: What and How Do We Differ?"-- Part.1 What's normal and what's not in friendship?

Introduction to this Series

This series features an innovative attempt in "Reader Participatory Joint Research," in which you are invited to take part in our research and discussion by sharing your opinions on similarities and differences among Japan, China and Korea. Your participation moves our research forward.

In this rapidly globalizing world, Japanese living abroad amounted to 1.18 million last year. By place of residence, China ranked second to America, with 140,000 people, and the number is still on the rise, according to statistics by the Japanese Ministry of Foreign Affairs. The number of foreign residents in Japan reached 2.10 million as of 2011, among which Chinese accounted for the largest proportion with 670,000 people, according to statistics by the Japanese Ministry of Justice. Today, it is possible to hear Chinese conversation here and there in Tokyo. On the other hand, China's economic development has burgeoned, particularly since the implementation of its reform and opening-up policy. China has become the second biggest economy in the world, and it is assumed that its economic power will no doubt overtake the American economy substantially by 2060. Such a context therefore poses the question of how to get along with other countries where there is a strong willingness to study abroad, yet a difference in values.

Together with Jiang Yingmin, an educator from China, and Toshiya Yamamoto, a psychologist from Japan, we have conducted a research series in East Asian countries, mainly in Japan, China and Korea. Our focus was on the features of child-rearing and education in these countries, differences in the way of thinking from country to country, and how the difference in ways of thinking is linked to child-rearing and education. We have also initiated an exchange of views among students from these countries. In the discussion, they found surprisingly large differences in attitude and at the same time unexpected similarities, which serves as a great opportunity for them to reconsider the way they understand each other. Simply put, it was an exciting and interesting attempt. We thought it would be a waste to keep such an interesting activity only to us researchers!

We created this series so that we, both readers and researchers, can enjoy this activity called "participatory research." Your participation is most welcome.

Be a joint researcher!

We hope to deepen our understanding as we repeat the above process and you readers share questions and opinions about yourself and others, which will feed into our new research. The first topic is friendship, so let us look at the data collected from university students from China and Korea, asking "what if this happened in a friendship?" We sense that cultural differences are expressed in the way interpersonal relationships are built; what do you think?


Twenty-two university students from China and 17 Korean students studying in China answered the questionnaire. The results are as follows. Compare the difference between your answers and theirs, and let us know what you think.

University student C and E are close friends. C's tuition fee was due the next day, but his/her parents had not yet sent the money. Borrowing the money from somebody was the only solution that C could think of. After worrying a great deal, C decided to borrow money from close friend E. 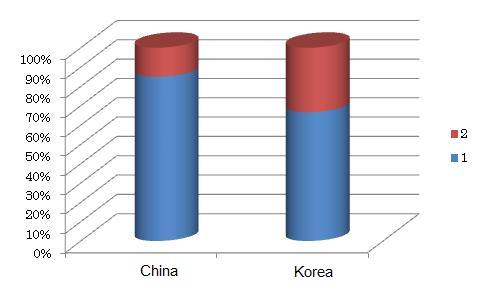 The majority of the respondents, both Chinese and Korean, would borrow money from the close friend. Chinese students seemed to strongly favor the idea. 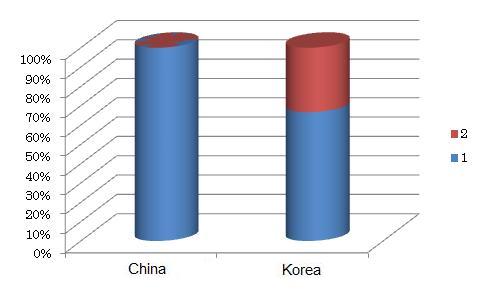 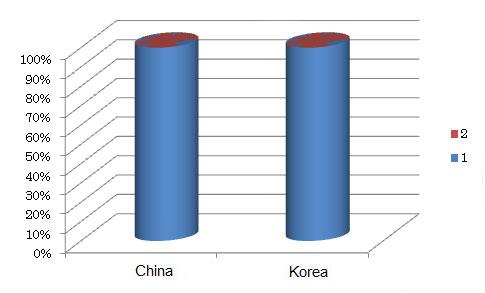 On whether they could understand C's decision to borrow money from E, all the respondents, both Chinese and Korean, answered that they were able to understand the decision. 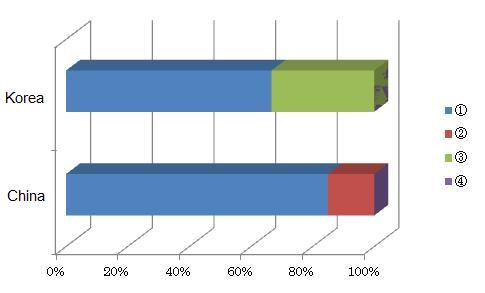 Examined in this manner, among both Chinese and Korean students, <1> (I would borrow or lend money if asked, and the act was understandable) accounted for the majority, but the percentage is higher among Chinese students. The difference lies in the fact that all the remaining Chinese respondents would not borrow money but would lend it if asked, while among Korean students, one third would neither borrow nor lend money. However, there were no students from either country who could not understand the act of borrowing money from a close friend.

Your comments may be posted in the next issue. Please indicate if you do not wish to make your comments public. We will review your questions and then design the next research, which will again be shared with you.

Toshiya Yamamoto, Japan. Psychologist
Ed.D. Representative, Study Group on Children and Money. Former member of the board and editing committee of the Japanese Association of Qualitative Psychology. Former member of the board and the chief of the editing committee of the Japanese Society for Law and Psychology. Born in Aomori, Japan in 1959. Served as an apprentice to a kimono merchant, and majored in psychology in the Faculty of Letters and also in the Graduate School of Letters in Kyoto University. Long-term overseas researcher in Beijing Normal University during his tenure in Nara Women’s University, sent by the Ministry of Education, Culture, Sports, Science and Technology, Japan. Major interest in communication gaps. Recent publications include “Mind the Gap: The Psychology of ‘Dis-communiction’ ” (co-editored with Kotaro Takagi, University of Tokyo Press).

Jian Yingmin, China. Educator
Ed.D. Associate Researcher, Associate Professor, International and Comparative Education Research Institute, Beijing Normal University. After graduating from Beijing Normal University in 1992, she served as a teacher at Chaoxianzu (Korean) Normal School in Liaoning Province, China. Completed both M.A. and doctorate at the International and Comparative Education Research Institute, Beijing Normal University, and served as instructor; currently Associate Professor. Also studied overseas at Naruto University of Education, Japan, from 1997 to 1999 A post-doctoral researcher at Tsukuba University from 2003-2005, where she was actively involved in international exchange between university students from Japan and China, together with professors from Chuo University, Waseda University and Aoyama Gakuin University. Engaged in international collaboration of comparative research through actual observation of classroom lessons in Japan, Korea and China.
Related Articles:
Latest Posts in this Category:
Search