Why Are Children's Cafeterias Needed Now?

Mr. Makoto Yuasa, a well-known social activist, has long been involved in tackling issues of poverty in Japan, such as the challenge of supporting homeless people. He once took part, as a special adviser to the Cabinet Office, in the nation's policy-making process to fight poverty. Currently, he serves as the President and CEO of the NPO Japan Kodomo-Shokudo Support Center "MUSUBIE," which supports children's cafeterias offering free or low-cost meals. We interviewed Mr. Yuasa and asked his opinion on why there is still a need for children's cafeterias in modern communities.

The General Public Is Now Getting More Involved in Poverty Issues

— What do you think about the current positive responses to children's cafeterias?

Mr. Yuasa: I have been tackling poverty issues for more than twenty years and found there were two barriers. One is that only a limited number of people were actually involved in anti-poverty measures. The other barrier is that we made people feel, "Only welfare specialists can make any kind of significant contribution, and ordinary people like us can do nothing to help them." Both barriers are rooted in the same cause, that is, the general public was not really conscious of poverty issues.

I feel somewhat responsible for such an outcome, but in one way this was an inevitable outcome at that time. Even in the 21st century, the majority of people said, "Poverty does not exist in Japanese society." Therefore, we had to demonstrate that there were poverty issues through the mass media or by other means, focusing on families apparently having serious poverty problems. On TV shows, seriously poor children were introduced to elicit public sympathy. However, this approach made the general public think that poverty issues were far removed from their daily lives. At the same time, families showing warning signs of poverty were overlooked.

Gradually, however, the actual conditions of poor families were recognized in society, and the government officially admitted the existence of children in poverty. Even though there were still a lot of people who considered that poverty issues were irrelevant to them, but the "children's cafeteria" instantly tore down these barriers.

The majority of those involved in children's cafeterias are not welfare specialists but ordinary people living in local communities. For example, an old woman in her 80s, who volunteers for cooking at a children's cafeteria, at first had no intention to combat poverty issues. She just met, one day, a child who had never seen a croquette and had never had a hotpot with his family. If she hadn't met the child, she would have said, "There is nothing I can do for poor families." But now she knows the poor child and is willing to do something for him immediately. The child is not starving, nor does he sleep on the streets. Nevertheless, he made the old woman realize that there are children with problems. I believe that the children's cafeteria is a useful tool to raise the awareness of ordinary people about poverty and inspire them to show their volunteering spirit.

When I was working as a special advisor to the Cabinet Office, I started a model project to provide learning support for children in poor families. This self-reliance support project for people in poverty was later enacted as permanent law and has been implemented by 60% of local governments. This project has made some accomplishments, but at the same time, it created a new problem. Conventionally, such public services are provided only for children from families receiving public assistance and those unable to pay for cram schools. In other words, to receive these services, families must accept being labeled as "poor."
However, children's cafeterias transcend such problems. Children's cafeterias accept all children, regardless of whether they are from ordinary families or low-income families; therefore, children from low-income families can enjoy food services without feeling inferior to those from ordinary families. As children's cafeterias can overcome numerous barriers as described above, their number is naturally but rapidly increasing even though no one is taking the lead. Currently, I am researching the number of children's cafeterias; 2,286 last year and more than 3,700 this year. As you can see, children's cafeterias are rapidly spreading across the nation, recording an increase of 1,400 over the past 12 months.

Two Reasons for the Rapid Growth

— Why do you think the number of children's cafeterias increased so rapidly? 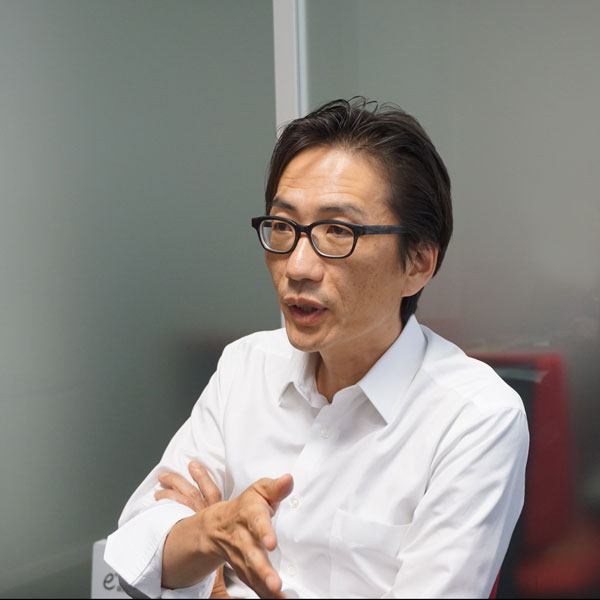 Mr. Yuasa: Reflecting on past events, I think there are two reasons for the rapid growth of children's cafeterias, that is, the Lehman Shock and the Great East Japan Earthquake. When Obama became President after the Lehman Shock, he criticized the US's financial market-oriented economy, calling it "vulture capitalism." At that time, financial institutions prospered by issuing risky debts such as credit default swaps (CDS) and actively offering mortgage loans to people in low-income households. President Obama argued that this kind of economic model was not sustainable. These are lessons from the Lehman Shock incident.

Since then, inclusive economic growth that is distributed fairly across society and creates opportunities for all people became an important theme for the G20. This concept led to the Sustainable Development Goals (SDGs), which was launched as the successor to the Millennium Development Goals (MDGs), covering the issues of both developing and developed countries. The concept of inclusive growth where "no one will be left behind" is consistent with the aspiration of children's cafeterias that aim to "provide a warm home atmosphere without leaving a single child behind."

The other reason is the Great East Japan Earthquake. The disaster was a very tragic event but it made the value of 'togetherness'" more appealing. After such a disaster, we realize the true value of simple aspects of day-to-day life, like staying together and having meals with our family and friends every day. It is as though we recognize the value of health only when we fall ill. The disaster marked a turning point for the life consciousness of Japanese people.

Since the period of high economic growth, community ties have been negatively viewed as constraints, and people came to prefer an easy and convenient lifestyle, keeping their distance from others. Nowadays, it has become much easier to live alone because we can get anything we want on the Internet with only one mouse click. Ironically, however, this transformation made us realize that such a convenient life is not a utopia.

I think that, in this modern age, people seem more concerned about loneliness than the comfort of being alone, and place more emphasis on enjoyment and enrichment shared with someone than the constraints of staying together. The impact of the Great East Japan Earthquake on the advancement of children's cafeterias is significant, considering the fact that the number of the cafeterias has been rapidly increasing not only in cities but also in remote areas, offering a venue for community exchange. In this context, the development of children's cafeterias goes with the flow of the times, and this momentum will not slow down easily. Rather, we take it as our mission to promote the momentum.

— Mr. Yuasa said that children's cafeterias play a crucial role not only in poverty measures but also in community exchanges. In this context, rural areas, where strong human relationships are maintained through local events and festivals, do not have a need for children's cafeterias. Is that correct?

Mr. Yuasa: I often hear that it is difficult to hold a meeting for kodomo-kai (local kids' club) even in rural areas where there are strong ties among community association members. I think communal relationships are weakening across the nation including rural areas, though differing in degree.

I talked with someone from Nagano Prefecture today. He is a retired high school teacher and opened a children's cafeteria in a small town called Matsukawa-machi where there are only two elementary schools. Eventually, the president of a construction materials supplier offered support for the cafeteria.

Thinking in the company president's shoes, he may have pondered: Our town is aging with fewer children, and will probably be on the verge of extinction in the near future. But after the children's cafeteria opened, people raising children seem to be getting together and enjoying social interactions. He might have thought that the cafeteria would be of some help to halt the on-going deterioration in their community, and that he should provide support for it as a member of the community. There are people who are worrying about the future of their community and providing support for children's cafeterias, seeking a more inclusive reconstruction for their community rather than a conventional recovery. This sort of phenomenon is being observed across the nation.

— For us, it is easy to know the opinions of the operators of children's cafeterias through online news and articles; however, we rarely hear the voices of children and families who use these cafeterias. How about you, Mr. Yuasa?

Mr. Yuasa: Yes, that's right. I'm about to write a book on the actual conditions of use of children's cafeterias. It is a sensitive and difficult issue, however, to reveal the voices of children and families. I cannot publicly disclose the privacy of families having problems but at the same time cannot attract my readers by writing about families who have no problems.

Judging from the stories I personally hear from families using children's cafeterias, the cafeterias seem to help not only children but also their parents. When I met one mother at "Dandan," the first children's cafeteria in Japan launched in Tokyo's Ota Ward, she told me that "I can now add one more dish for dinner every day because of this cafeteria."

At children's cafeterias, there are mothers who look after children in turns and university students volunteering to teach children, which can reduce the burden of childrearing for a while. Some mothers feel they finally get their own free time when they use the cafeterias. I often heard from the operators of children's cafeterias that mothers enjoy staying after a meal and chatting with other mothers.

We do not know who have problems, but children's cafeterias certainly offer a place of community exchange for everyone. People with problems feel a sense of comfort by interacting with other community members. Children's cafeterias will open a lot of doors for children as well as for their families.

— Do you set any ultimate goal for children's cafeterias?

Mr. Yuasa: My ultimate goal is social inclusion. That is what SDGs stand to achieve. This goal has stayed in my mind for more than ten years, and I believe that the children's cafeteria is the most effective tool to achieve this goal. Going forward, I will promote public understanding of the social significance of venues for personal exchange among different generations, like children's cafeterias, and obtain more financial support from public institutions. In this way, I will enhance the system of children's cafeterias and incorporate it into social infrastructure.

Although we named these places "Children's Cafeterias," they are not only for children but also for childrearing parents, the elderly, socially withdrawn youths, and other people with related problems. Therefore, I believe that children's cafeterias are an integral part of achieving an inclusive community.

Mr. Yuasa is a social activist and currently serves as President and CEO of the NPO Japan Kodomo-Shokudo Support Center "MUSUBIE"
as well as Project Professor at the Research Center for Advanced Science and Technology, The University of Tokyo. He was born in Tokyo in 1969. He has been engaged in a project supporting homeless people since the 1990s. He once served as Special Advisor to the Cabinet Office and took part in the policy-making process for three years from 2009.